Forefoot Varus – What is it and how to fix it?

Forefoot Varus is a structural deformity in the foot. Here, the forefoot sits at an inverted angle when compared to the heel. In this condition, the bones on the inner part the forefoot sit higher than the bones those on the outside.

This causes the foot to compensate by over-pronating during load bearing activities.

The condition can cause a lot of damage to the body, especially at the ankle, knees, hips and back. Here we will discuss the causes of this condition and how we can fix it.

Forefoot varus is often misdiagnosed. I’m going to discuss how you can properly diagnose your condition and also what you should be doing about it.

Forefoot Varus is caused due to 2 main factors

Problems Associated With Forefoot Varus As Well As Forefoot Supinatus

In an ideal situation, the foot rests on the ground in the ‘tripod foot’ position. The tripod position distributes weight evenly between the outer and inner bones of the forefoot and the heel.

This ensures maximum stability of the foot while standing, walking and running.

For those with forefoot varus/supinatus, the foot tripod position is achieved by ‘compensation’ of the inner forefoot. This is because in the uncompensated position (as shown in the diagram below) the foot has only two points of contact with the ground, making it highly unstable.

Thus the inner forefoot has to travel a longer distance in order to achieve the stable tripod position. Which can compromise the alignment of the ankle, knees, hips and back causing the following problems:

What Forefoot Varus Means For Runners And Athletes

It also means less shock absorption for the joints – thus increasing injury levels all round.

Forefoot varus is often falsely confused with forefoot supinatus. This error often prevents athletes and runners from correcting their problem. Which in turn leads to problems further down in time.

The main differences between the two conditions are:

How To Diagnose Forefoot Varus And Forefoot Supinatus -Which One Do You Actually Have?

Diagnosing these two conditions is critical in identifying the underlying problem with the feet. The only difference in identification is one simple step.

Bend your knee over a chair and apply force to the forefoot at the base joint of the 4th and 5th toes. While applying force to this area, align the forefoot with the heel.

The next step is critical in order to identify whether the condition is rigid or flexible (forefoot supinatus).

While keeping pressure on the foot in this position, apply pressure to the crown of the metatarsal in the opposite direction. If this position is fixed i.e. the forefoot position does not level-out with the heel, then it is a true/rigid forefoot varus.

The exception in the procedure being the final step.

In the final step: If the forefoot sits on the same plane as the heel when pressure is applied to the metatarsal, then the varus is flexible. And forefoot supinatus is identified as the problem.

Before trying to treat forefoot varus, it is best to determine whether the cause of overpronation is from forefoot supinatus or not.

Treatment of forefoot varus differs on the severity of the case and how early it is decteced.

Treatment is most effective when detected early.

There are teo types of treatment – maintenance and surgical.

It is important to note that conservative treatment can almost always be sought before surgical intervention.

Maintenance treatment involves the use of a cast, and prefessional medical supervision.

Foot orthotics can also be used to aid in the maintenance of  a neutral foot tripod. A regular orthotic for flat feet can be used in order to stop overpronation.

Alternatively, your podiatrist can prvide a custom orthotic.

Surgical treatment involves the correction of soft tissue and bones in the area.

Forefoot supinatus treatment is simple and straightforward. There are mostly 2 forms of treatment

The majority of you who read this article will more than likely be experiencing forefoot supinatus. That is why I have listed the best exercise to correct this condition below.

Also, a rigid forefoot varus would mean that the bones are inhibiting movement as opposed to muscles and soft tissue. Hence, corrective exercises will likely not work as well as treatment measures listed above.

The aim is to strengthen the muscles of the arch and other soft tissue limitations.

Strong arch muscles will reduce pronation over time by bringing the base of the big toe toward the ground.

To perform this exercise place the foot firmly on the ground. Invert (create an angle on the inside) the heel and then press the toe down. Hold this position for 5 seconds, then let the foot rest in a relaxed position for 3 seconds.

Repeat this process for 2 sets of 10 repetitions.

To progress on this exercise, continue to increase the reps and sets. Once you are able to comfortably perform the exercise for a certain rep range, increase the repetitions by one.

Check out my article on how to fix flat feet for more arch strengthening exercises. 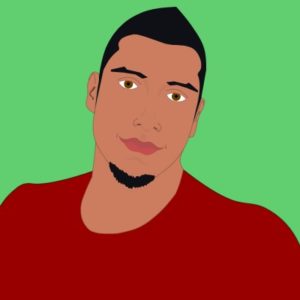 I’ve been an athlete all my life and my feet have been through countless injuries over the years.

This blog will show you the exercises I’ve personally used to beat plantar fasciitis, recover from painful bunions and most importantly build the  arches of my feet.